to stop caltrans spraying in

​In the 40 years since Monsanto first commercialized glyphosate, the pesticide giant has encouraged growers to liberally douse their fields in the product best known by the brand name Roundup — the more, the better.

After all, the pesticide maker assured users, glyphosate is “safer than table salt” and weeds would likely never develop resistance to it.

Neither of those assertions was true.  Read More

Taking a deep breath might be a bit harder for children exposed early in life to a widely used class of pesticides in agriculture, according to a new paper by UC Berkeley researchers.

A new study has linked the levels of organophosphate pesticide metabolites in the urine of 279 children living in California’s Salinas Valley with decreased lung function.  Read more

The California Environmental Protection Agency’s Office of Environmental Health Hazard Assessment (OEHHA) intends to list the chemicals identified in the table below as known to the state to cause cancer under the Safe Drinking Water and Toxic Enforcement Act of 1986 (Proposition 651). Read more

​​Willits Officials Oppose Caltrans Use of Herbicides on Highway Project

WILLITS, Calif. (KGO) -- Local government officials are demanding Caltrans stop plans to use poison on land it is supposed to be protecting.

This is the latest battle over a troubled $300 million project ABC7 News has been investigating for two years. Caltrans is building a bypass on Highway 101 around the town of Willits in Mendocino County.  Watch video

Topanga Forges Landmark Agreement with Caltrans Against Herbicide Use

While drivers in Topanga may bemoan traffic delays as Caltrans clears brush and weeds along the roadside, they can rest assured that the work is being done completely without herbicides of any kind.

As part of the landmark Topanga Canyon Boulevard Partners Project, Caltrans agreed to use mowers and other mechanical tools exclusively, instead of herbicides, to remove brush and other vegetation along the highway. Read more​

Many Pesticides Correlated with Amphibian Declines

By The Center for Biological Diversity

San Francisco, Calif. – A U.S. District Court Judge today signed a settlement agreement between the Center for Biological Diversity (CBD) and the U.S. Environmental Protection Agency (EPA) that will protect the threatened California Red-legged Frog (Rana aurora draytonii) from 66 of the most toxic and persistent pesticides authorized for use in California. The agreement prohibits use of these pesticides in and adjacent to core red-legged frog habitats throughout California until the EPA completes formal consultations with the U.S. Fish and Wildlife Service (USFWS) to ensure the chemicals are not jeopardizing or contributing to the decline of the species. Read more 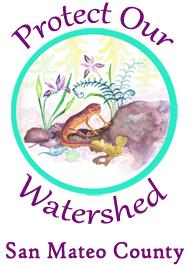